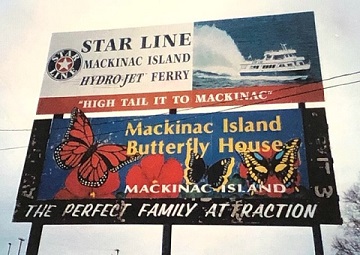 Mitt Romney’s roots extend deep into the swamp and must be exposed.  I’ve been speaking out on his father, former Governor of Michigan George Romney, ever since I could think to do so!

I first met George Romney at the Governor’s mansion on Mackinac Island soon after my father sold me into MK Ultra mind control in the early ’60’s.  Testimony of my encounters with him, and ultimately with his son Mitt, is detailed in both TRANCE Formation of America  and ACCESS DENIED For Reasons of National Security.

George Romney’s penchant for mind control of the masses encompassed MK Ultra’s robotic control of individuals including me and his own son, Mitt.  When I met Mitt, who was older than I, he was already structured and militant with trauma reflecting in his eyes.

George Romney was recognized and respected as a leading expert in mind control by those I was exposed to in Project Monarch.  It was at Governor Romney’s mansion that I first met who would become my owner in MK Ultra, US Senator Robert C. Byrd.  Canadian Prime Minister Pierre Trudeau frequented the mansion on Mackinac Island where he and Romney exchanged information on mind control.

Romney’s determination to bring MK Ultra methodologies into the Mormon Church intermeshed with Trudeau’s loyalty to Catholic Jesuit mind control knowledge.  Discussions often centered around how to create the most powerful form of mind control of the ‘masses’, which extended into the education system.  What Romney, Byrd, and Trudeau discussed provided a basis for what would later become the Global Ed/Goals2000/Common Core system that Byrd ushered into our classrooms while head of US Senate Appropriations.

Romney’s focus on structuring mind control in the Mormon church was for the purpose of producing Manchurian Candidates suitable to furthering and executing the New World Order/Shadow Government (now Deep State) agenda.  You can research for yourself the extensive information available on why Mormons also make great FBI recruits.  There are no coincidences.  Mitt Romney’s father is responsible for Mormon mind control, even having promoted “pied pipers” to harmonically draw wider attention to the church via MK Ultra’s Osmond family.This information is not new.  I’ve been blowing the whistle on Romney for 30 years.  It is way past time for MK Ultra mind control to be woven into the equation with regards to elections. Roots of MK Ultra mind control are extensive and are clogging the swamp drain.  Knowledge is our only defense against mind control and its minions. Help spread the word and stop Mitt Romney!