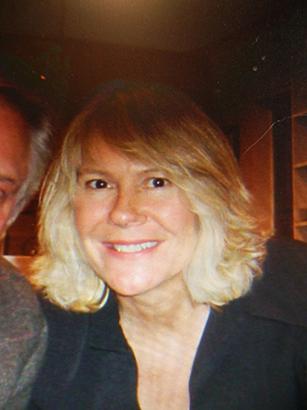 Cathy O’Brien, born in 1957 in Muskegon, Michigan, is a nationally and internationally recognized US Government Whistleblower on the subject of MK Ultra mind control and healing from it.

Knowledge is our defense against mind control, and Cathy’s experience empowers her insight into far reaching effects of mind control on society today and what you can do to reclaim, protect, and expand free thought.

In 1995 when the US National Security Act was invoked on her testimony for US Congressional Permanent Select Committees on Intelligence Oversight, that testimony was released through her book TRANCE Formation of America, written with Mark Phillips.

As detailed in TRANCE, Cathy became a ‘candidate’ for MK Ultra mind control due to a dissociative disorder developed from incest. Cathy’s pedophile father Earl O’Brien sold her into MK Ultra due to his illicit connections into a local Michigan Mafia child pornography ring sanctioned by local politician Gerald Ford. As Ford’s political career escalated to heading the Warren Commission that covered up the Kennedy Assassination and to becoming President of the US, Cathy’s victimization rose proportionately.

Through systematic torture and well documented NASA/military mind control programming, Cathy was forced to do the “unthinkable” and participate in CIA Black Ops and White House/Pentagon level operations during the Reagan/Bush Administration.

In 1988, intelligence insider Mark Phillips rescued Cathy and her then 8-year-old daughter, Kelly. Using methods gained in mind sciences, he taught Cathy how to remember what she’d been programmed to forget and reclaim control over her own mind and life. These methods are detailed in both ACCESS DENIED For Reasons of National Security and PTSD: Time to Heal.

Together, for 30 years, Mark and Cathy would speak out globally to raise awareness on human trafficking and the corruption permeating the highest levels of government. Mark’s untimely passing in 2017 would lead Cathy into the next chapter of her journey. In order to cope with the loss of her hero and soul mate, Cathy reapplied methods in PTSD: Time to Heal and consciously chose to complete their shared life’s purpose by asserting her strength of spirit and raising awareness on truth that makes us free. 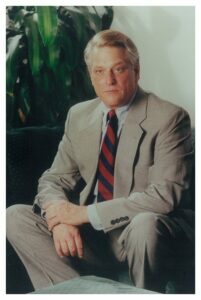 My name is Marquart (Mark) Ewing Phillips, born May 17, 1943 in Nashville, Tennessee. I have no criminal record and I have never been adjudged insane. I am not a scholar, professional writer, or mental health physician, While I lack the official published academic credentials, I am recognized internationally by mental health and law enforcement professionals as an authority on the secret science concerning external control of the mind.

This brief and highly condensed biography is intended to provide an understanding of why, when, and were I embarked on a study of the most secret technology known to man: Trauma-based mind control. Through the publication of declassified United States Government documents, our US Department of Defense (DOD) admits that this ancient wizard’s mechanism for control is so dangerous that most information pertaining to it must remain classified as TOP SECRET. As the employee of a DOD subcontractor with exposure to mind-control research, I was required to sign an oath of secrecy. To this day I am restricted by law from revealing certain specific information that directly pertained to my employment as, among other “sensitive” exposures, a US DOD subcontractor in mind-control research.

This super secret technology is an evolved system of remote human physical and psychological manipulation that has only recently been officially recognized by accredited mental health physicians for what it is: absolute mind control.

My first encounter with mind control research began in the late 1960’s in Atlanta, Georgia on the Emory University campus at the Yerkes Primate Center. It was there I learned about primate behavior modification–the basis for human mind control. This information would prepare me for the challenge of a lifetime.

What I witnessed in terms of technology at the Yerkes Primate Center and other government sponsored research facilities, combined with years of personal research into this science of mind manipulation, did not adequately prepare me for what I would be exposed to in 1988 through an unexpected chain of events. This exposure came in the form of a personal acquaintance with the human result officially entitled by DOD as, among other cryptic titles, MK Ultra.

I have outlined this biography in hopes that the material provided by one MK Ultra survivor, Cathy O’Brien, will incite a legitimate federal investigation of her claims.

I was able to liberate MK Ultra victims Cathy O’Brien and her daughter, Kelly, from the invisible grip of the US Government secret weapon of control. In the process, I also helped Cathy reclaim her mental and physical health. However, I have not been successful in enlisting the cooperation of my government to pursue the justice issue. There is a reason for this failure to obtain justice that you, the reader, NEED TO KNOW. I have been told repeatedly “Justice is not obtainable for Reasons of National Security.”

Cathy O’Brien did not volunteer for service to her country, but was used her entire life against her innate, voluntary will for perpetuating criminal activity by many so called leaders within the US Government. These “treasonous leaders” did volunteer for political “service” to our country. They must be held accountable for their actions.

Together Cathy and I have dedicated our lives to the pursuit of justice and rehabilitation for Kelly. All avenues of justice and rehabilitative relief have been blocked for Reasons Of National Security. The question arises, whose security? Cathy O’Brien provides the logical answer. Perhaps after reading our books, you will inspire others to read them. Collectively as patriots we can make a positive difference for Cathy and Kelly, our government, and humanity, by having our voices heard. In my opinion, our great United States Constitution does not need to be amended, it needs to be enforced.

The grim reality we must all embrace is that there is, in human terms, no justice and no revenge adequate to equal what these two, and many other victims of this US Government secret weapon experienced. What these survivors need to witness is the mass dissemination of their story and a radical, positive change in their government’s management of secrets. This would be an acceptable, though belated, substitute for justice. Their hope lies in the belief that:

WHO do these ‘global reset’ New World Order slave society perpeTraitors think they are?  Aliens targeting our children with trauma