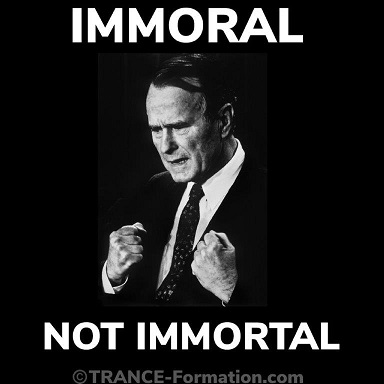 At a time when slander is promoted as free speech, I am grateful that the fine legal line I’ve had to walk for over 30 years as a US Government Whistleblower on MK Ultra mind control has honed my testimony to abSOULute fact.  Emotional outbursts were tempered with logic, which kept perceptual distortion in check and the facts straight.

Mark and I became whistleblowers by natural evolution as we made our way through an ignorant and corrupted justice system while fighting for my daughter’s freedom.  Our survival was at stake due to the White House/Pentagon level perpeTraitors and crimes we were exposing, and irrefutable truth was crucial to our success.  There was no room for error, just as there should be no room for error today as victims come forward seeking justice for abuses endured.

Mark Phillips was a man of integrity, which ultimately compelled him to take action against the crimes of human trafficking, pedophilia, and mind control he witnessed within the highest levels of government.  As an intelligence insider skilled in mind sciences, Mark rescued my daughter and me from White House/Pentagon level MK Ultra mind control in 1988.  This was before the internet, when controlled media had hold on the minds of the masses and truth was easily censored by what is now termed Deep State.

Immediately upon saving my life, Mark’s life savings were confiscated from his bank accounts in retaliation.  Ironically, the same criminal faction that funds violence and slander today took Mark’s money to hinder our exposure of their crimes! This money, yet to be returned, had been earned through Mark’s years of service in US intelligence.  Now with no money, it was even more treacherous taking on the monumental task of exposing these powerful, shadow government perpeTraitors. Yet, as Mark often said, we were on the back of the tiger and had no choice but to persevere ‘the ride”.

Pre internet and with no money, Mark and I often chose to buy stamps rather than food in order to disseminate information. We compiled “just the facts” and mailed them out en masse in order to survive to accomplish our determined goal of helping my daughter and stopping crimes against humanity. Throughout this intense process, I was reclaiming control over my mind and life after decades of MK Ultra torturous abuses through utilizing healing methods Mark taught me.  As quickly as I wrote out memory as per methods Mark learned in the highest levels of intelligence, the information was turned over to law enforcement, US Customs, etc. for investigation.  Only then, with validated proofs, was this information released.  No room for error, misperception, or inadvertent slander.  Only truth.

When I first learned to think for myself after decades of robotically carrying out MK Ultra program, Mark taught me to always consider other perspectives.  This helped my brain to expand beyond what I’d been conditioned to perceive into a broader sense of possibility.  Sometimes one more piece of a puzzle can bring the whole picture into focus.  Pounding in a piece that doesn’t fit in order to complete a puzzle can distort the picture.  Likewise, rushing to conclusions to fill in memory blanks is detrimental to the painstaking process of writing out memory in detail.

Prior to Mark’s passing in 2017, we realized our ultimate goal of releasing the otherwise classified healing methods he taught me in PTSD: Time to Heal.  He perceived that awareness had reached critical mass and positive change was imminent, yet also understood, as do I, that there would be vast numbers of survivors of pedophilia, human trafficking, and mind control in need of healing, too.

Seeing the chaos of victims shouting, “me, too!” before they heal to know their own truth is a strong motivation for me to encourage others to heal before they speak.  Mark and I were literally dodging bullets when I had to take the Time to Heal. Victims are vulnerable until they heal to become Survivors, complete with the strength of spirit necessary to make the difference they seek.  Likewise, all of u.s. need to take Time to Heal from the trauma of knowing a shadow government of Deep State proportions has eroded our justice system for decades in order to perpetuate their crimes against humanity. Now it is Our Time to reclaim our minds, lives, communities, discernment of truth, and freedom and justice for all.  This is Our Time to Heal.