Masculinity is not toxic.

Media narrative to subliminally underMind men is toxic. This has been on the New World Order agenda ever since it came over from Nazi Germany through Project Paperclip.

While gender confusion is being promoted in the US military, free thinkers are culled out through mandated injections leaving only those soldiers who will march to New World Orders as intended. Same agenda has culled out our police force, leaving officers who will stand down upon command… even while little children are slaughtered.

Now, while globalist controlled media fails to define women due to the conflicting narrative, their social engineering mechanism successfully redefined men as planned.

I know. I was deep in the swamp under perpeTraitors’ MK Ultra mind control listening to them laugh and discuss how the plan to emasculate men was progressing. George Bush, Bill Clinton, Dick Cheney among others laughed together at the strategic plan to weaken virility to the point of inhibiting human procreation.  After all, depopulation is a fundaMental goal of their slave society agenda.  And ever since the CIA infiltrated women’s movements to divisively belittle men rather than focus on equality, strategic social engineering goals became ‘normalized’ into society.

A Deliberate Assault on Our Minds & Bodies

Meetings I experienced between the self-appointed ‘global elite’ were not formal like people would assume from propaganda photo ops of suits and jets. Instead, discussions occurred in such places as Bohemian Grove’s UNderground after perversions were fulfilled (another reason I had cause to be in their presence).

Two strong points of humanity were on the table for discussion:

Eradicating free thought strength of spirit and inhibiting the power of men to fight. Mind control’s social engineering was determined to be the solution for achieving both.

According to Hitler/Himmler research, three generations of any social attitude, belief, or knowledge base becomes autogenic in the brain. MK Ultra Project Monarch was based on this premise and is the project the CIA targeted me for because I was born into a multi-generational incest based family. My Project Monarch experience gave me deep insight into the genetic aspect of mind control, which ultimately provided me understanding of the long term, multi-generational social engineering plan being discussed and systematically imposed.

For this reason, George Bush was extremely supportive of subliminally promoting pedophilia in society while sanctioning it in the courts under the blanket of “National Security”.

Compounding the generational effects of emasculating men is deliberate food alteration.  Additives that effect hormones, critical analysis brain function, and physical prowess pave the way to manufactured foods designed to further emasculate mankind. Keep Big Pharma off our farms, research nutrition to fuel our minds and bodies with healthy choices including growing our own like www.happyhydrofarm.com

Looking back through history with awareness provides insight into the slow deterioration of fortitude in men over generations. Consider how women belittled men who opened doors for them, rather than saying thank you and reciprocating in kind.  Division was being socially engineered into society whereby snap judgement and rudeness replaced compassion and consideration. Competition in the workforce was based on gender, race, and “equal rights” that overshadowed qualifications. Now we’ve devolved to media focusing on men “competing” in women’s sports and occupying women’s bathrooms to further socially engineer the repetitive narrative that masculinity is ‘toxic’. 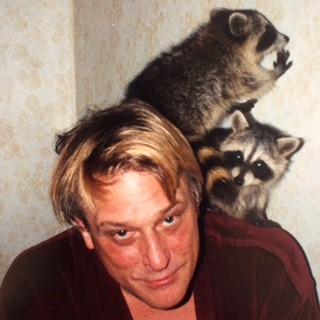 How fortunate for me that Intelligence insider Mark Phillips had the masculine fortitude to rescue my daughter and me out of the Wash DC swamp of MK Ultra mind control human trafficking. A capable man of integrity and strength of spirit, Mark’s fearlessness kept us a step ahead of the most dangerous game of exposing the New World Order cabal and their dark agenda.

Mark took a stand against this Liberal World Order cabal in 1988 when these globalist perpeTraitors were still referred to as Shadow Government.  By any other name this dark energy force cabal’s wickedness knows no bounds, yet still was no match for Mark’s mental and physical capabilities.  Mark was certainly a hero to me and to u.s.all, handing me keys to freedom so I could heal from within myself in order to stand strong beside him as we embarked on our shared life’s purpose. Powered by love and a passion for freedom, Mark and I survived the impossible to bring truth to light.

Our relationship was 100-100 rather than 50-50 as we were both complete unto ourselves. We were empowered by our differences genderWise and otherWise, knowing no limits to what we could accomplish. And as masculine as Mark was, he was also a gourmet chef who still opened doors for me figuratively and physically. Mark lived love, showed me love, and taught me love is the most powerful force in the universe.

Mark exemplifies why we all must arm ourselves with knowledge as our defense against social engineering intended to weaken our innate strength.  Understanding components of mind control opens our eyes to systematic efforts to underMind our freedom through targeting our children, confusing our genders, and emasculating our men in order to disarm us mentally and physically.

Armed with knowledge that is our defense against mind control, we are empowered to stop complying with this inhumane, dark agenda. We can reach out to each other with compassion and care, allowing for personal differences rather than mold everyone into the same depersonalized, genderless appearance. This is our time for men to rise against systematic conditioning, reverse generations of conditioned autogenic compliance, and reclaim integrity of strength.

Masculinity is only toxic to those perpeTraitors who fear real men like Mark Phillips with the fortitude and integrity to refuse to comply with their New World Orders.

Appearance on Man in America

Cathy recently appeared on Man in America to chat with host Seth Holehouse about mass mind control. Learn more about