You are here: Home / PTSD Healing / PTSDed! By Cathy O’Brien 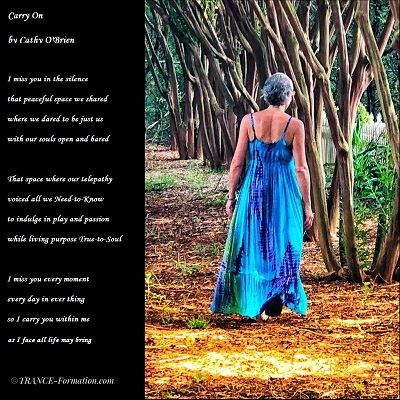 Since Mark passed away September 6, I have been deliberately taking time to heal from the trauma of losing my best friend and soulmate.  This world lost a hero when he passed, inspiring kind, compassionate, and loving support from vast numbers of people worldwide whose lives he touched.  I am grateful to each and every one of you who have reached out offering strength during this transitional time.

Mark literally saved my life 30 years ago this February 8.  We had planned a monumental celebration as this anniversary marked, for me, 30 years of freedom following 30 years of MK Ultra mind control.   It’s just numbers, really, considering the balance of extreme opposites was tipped to the good the moment he rescued my daughter, Kelly, and me.  Love is the most powerful force in the universe, and I met it head on for the first time in my life February 8, 1988.

It’s not that Mark loved me when he rescued me. It was his love for humanity that inspired him to take action against criminal activity he witnessed on the highest levels of government that was threatening mankind’s free thought on a global scale.  It was much later, after I had healed from decades of torturous abuse to know who I am true-to-soul, that we fell in love with each other.

Our union was not a typical “50-50” relationship.  It was 100% to 100% with each of us abSOULute in our own right.  We celebrated every moment we were free to be together, and lived each day as though it were our last.  Before he passed, Mark and I had agreed that together we had done it all, said it all, and would happily embrace more of the same if only life’s time would allow.

With no regrets and filled with happy, loving memories, I was left to move forward on my own.  Forward felt like a treadmill, and time began abstracting.  Minutes would crawl while moments would fly by.  I reverted back to what Mark had taught me on healing as detailed in our latest book PTSD: Time to Heal.

I strapped on his favorite watch and began consciously monitoring time again to prevent dissociating.  I knew I was PTSDed and thus vulnerable to suggestion, so I took time for my self to apply pertinent healing methods to gain strength.  Long walks in nature with my pets and writing poetry proved most helpful, as did posting notes to remind myself to listen, think things through from all perspectives, and maintain a posture of “arms wide open”.  I chose not to make spontaneous decisions while in an emotional state and began making lists of goals, tasks, and aspirations for later action.

PTSD: Time to Heal continues to prove helpful to me, as well as to those who have endured varying levels of trauma.  Strong within myself, I have effectively continued to reach out and help those who contact me through www.TRANCE-Formation.com.  A vast array of people from all walks of life are finding their own truth through  PTSD:Time to Heal, from our military veterans reclaiming control over their lives to the socially engineered seeking to expand their thinking beyond controlled media.

Mark’s legacy lives on through truth he shared to empower free thought, resulting in strength of spirit.  I am eternally grateful for the healing methods he taught me, which sustain me during this challenging life transition.  I am experiencing now what I learned from him: love truly is the greatest healer.