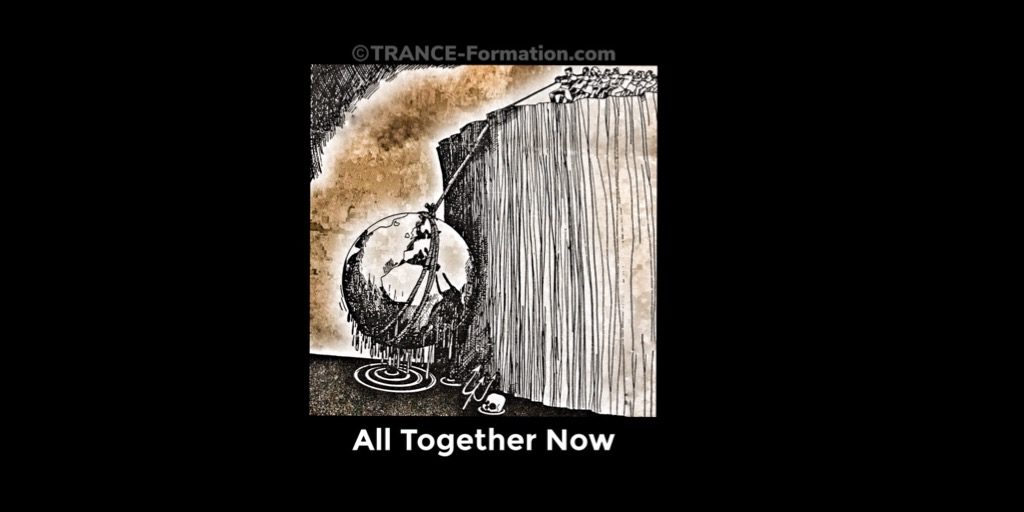 Now that I freely think for my self, environmental activism is a positive release for my concerns for our beautiful country and earth. The basis for my concerns are strongly rooted in my love for nature, animals and their safety, as well as what I witnessed behind the ‘seen’ of environmental issues in Wash DC.

My owner in MK Ultra mind control was long term US Senator Robert C. Byrd [1]. It was Byrd who directed which military/NASA installations I would be taken for programming and which political covert operations I would be used in on a White House/Pentagon level during the Reagan-Bush Administration. While my body was tortured to robotically carry out orders verbatim as programmed, my mind was photographically recording events surrounding trauma [2].

Byrd’s notorious Congressional filibustering was consistent with his long winded recitations whenever he had an ear, and he used mine to hear himself speak. He boasted that “good people would never think to look for that kind of criminal activity” that global elite in control of our government were enforcing on u.s. all. “The only way we can fail is to fail to think of an excuse” he would say in reference to secretly implementing what Adolph Hitler and George Bush termed the New World Order.

Byrd knew that “the best lies are rooted in truth” and that “blame game” transference of guilt made it seem as though a pertinent issue was being addressed rather than diverted. Byrd purported to be a civil rights advocate despite his dark roots in the KKK and secret funding of trauma based MK Ultra mind control. Byrd could quote the US Constitution the way Satanists quote the Bible, twisting meaning to suit his agenda of selling out the US to New World Order global domination controls.

Byrd was in position of power as the longest ‘serving’ member of US Congress from 1952-2010, holding prominent positions including head of US Appropriations. He determined where tax dollars were spent, and they were being spent to further the agenda of a global elite few.

In keeping with deliberate social-engineering illusion, Byrd drafted the so-called Clean Air and Water Act which affected all environmental aspects of Congress including the EPA. Using the well-established controlled media to create diversion and illusion of pollution control, Byrd lined his pockets and the CIA’s black budget with payoffs from corporations who cared more about profits than our planet [3].

Byrd’s long established violation of our planet through manipulation of environmental laws and our Constitution for decades is now deeply woven throughout society. With deep concerns for his own legacy, Byrd ensured that Global Education/Common Core’s history books would maintain his illusions and keep people diverted from truth. With generations now affected by Byrd’s criminal agenda, unraveling his environMental illusion will require re-examination of the very core foundations of environmental information on which perceptions, opinions and actions are founded.

Of course I am concerned about our environment- it is my nature. As a 25 year veteran US Government Whistleblower who has been speaking out globally on this issue and other criminal activities I was exposed to on White House/Pentagon levels, I will continue raising awareness until our EPA and Congressional environmental actions are re-examined and reconfigured.

Environmental activists, too, should re-examine their causes and figure these previously secret and suppressed facts into the equation in order to be positively effective rather than ignorantly counter-productive.

While this newly elected Administration uproots and unravels decades of environmental damage caused by Byrd’s crimes against humanity and our planet, consider what you can do for our environment to slow climate change.

We-the-people have been empowered to take back State’s rights and personal responsibility, and now is the time to make a difference in light of truth and vigilance.  It is up to all of u.s. to nurture the nature of our planet rather than wait on global politics and leaders to make that difference for us.  Won by one, we can satisfy our souls while BEing the change we seek for the sake of our planet and future generations.