You are here: Home / MK Ultra Mind Control / GOVERN YOUR OWN THOUGHTS 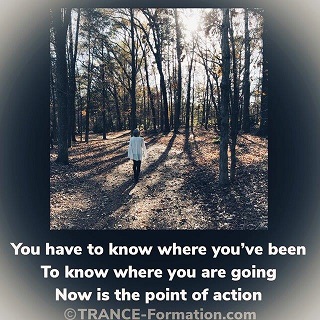 Do you know what it takes to think free?  Or are you naturally lazy-brained as perceived by Global Elite/Shadow Government sociopaths who use this belief to justify mind controlling a nation?

All of u.s. have been conditioned for decades through federal intervention in our school systems and controlled media to accept what we are told without question, reason, or fact checking.  This conditioning is based on scientific mind/brain function that has been suppressed for decades in order to use this knowledge against us. Secret Knowledge = Power, while Knowledge is our first line defense against mind manipulations.   The more you know the more you see that society’s knowledge base has been deliberately altered to divide and conquer for a globalist agenda.

So I ask again, do you really know how to think free?

Are you triggered by controlled media, marching to orders of the Shadow Government globalists?  Or have you sold your soul to the devil by taking payment for ‘demonstrating’ your ignorance as following the money trail indicates?

Have you given thought to what today’s protests actually entail?  Or are you confused by the issues due to your conditioned brain accepting what it is told without critical analysis?

Is your lazy brain protesting the thought of considering these questions?

Consider that thoughts become entrenched like rivers, taking the path of least resistance.  The more that path is reinforced and used, the more entrenched it becomes.  Expanding thought requires pushing the river in new directions, which takes conscious energy. Maybe it is easier to be lazy brained and just go with flow.

Much of what we are seeing in society today in terms of ‘protests’, ‘marches’, and ‘demonstrations’ are from those who do not exert the mental energy to expand their thinking beyond entrenched thought.

Global Education/Common Core deliberately capitalized on this natural response of our brains becoming entrenched.  Following the same path of imposed thought toward a deliberate globalization agenda from numerous perceptions entrenches belief.  It is easier to believe what is taught than it is to question, reason, or consciously comprehend it.  Consciously comprehending it requires fact checking and internalizing knowledge for application while allowing for new possibilities to enhance or even alter that path.  Conscious thought is the opposite of entrenched, socially engineered thinking.

Social engineering is a modified version of the robotic form of MK Ultra mind control I endured, yet the brain’s conditioned response of entrenching thought is similar.   Mind control is the ultimate WMD of those Shadow Government globalists who have been in control of our nation, our information, and ultimately our minds for decades.  Their power has been maintained through secrecy under a blanket of the 1947 National Security Act.

Now that truth is coming to light through Wiki Leaks and cyberspace’s enormous sources of information, awareness is rising rapidly. Conscious awareness is the first step toward positive, necessary change.  And that change is happening despite those who ‘protest’ having to push their lazy brains to think in new ways.

If your lazy brain is in need of exercise, you share ‘Company’ with Intelligence Agencies currently blindsided by hacking/eavesdropping issues that Snowden first revealed to u.s. in 2013.  Now, 4 years later, WikiLeaks exposed the CIA’s continued inability to expand their intelligence to realize their secrets are no more safe than the vast cyber communications they routinely spy on.  Like recent elections woke up so many of u.s. from the spell of social engineering, alarmed intelligence agencies just received their wake up call.

Indeed, it is time to wake up, figure mind control into the equation of what we are seeing around us, and consciously embrace truth in its entirety.

Consider, too, that conscious thought allows for happiness.  Under traumatic MK Ultra mind control, my smile never reached my eyes as there was no basis for thinking beyond what I was told to do.  Have you ever been so depressed that it was difficult to think of getting off the couch let alone applying wise brain exercises like “Voice no negatives without a SOULution”?  It is as though sadness lethargically lacks the energy to lift thought from entrenched rut.  No wonder those opposing positive change are such cry babies!

Happiness is energizing and expands thought to new horizons, while perpetuating consciousness.  Conscious awareness inspires positive action, and can even unite u.s. when realized by those still marching to entrenched thought patterns as conditioned.

Are you ready to open your mind and think in new ways synonymous with happiness?  PTSD: Time to Heal shows you how- expand into it!

These are truths that those who just lost control of u.s. this election are having to wrap their brains around, too. They are the ultimate in lazy thinkers, which is why they imposed and enforced so many laws governing truth under the guise of the 1947 National Security Act.  Shadow Government globalists whine and protest restoration of US Constitutional law that will force them to think and act in new ways with consideration to we-the-people first.  They fear Truth that makes u.s. free!

Shadow Government globalists are soon-to-be history, and its time we consciously learn that history beyond what we’ve been conditioned to believe.  Arm yourself with truth on what the global agenda truly is through TRANCE Formation of America.   Rise above entrenched thought to expand your consciousness, govern your own thoughts, and embrace a bright new day of positive change for u.s. all!