You are here: Home / Important Updates / Immigration, Deportation, and Roots of NAFTA 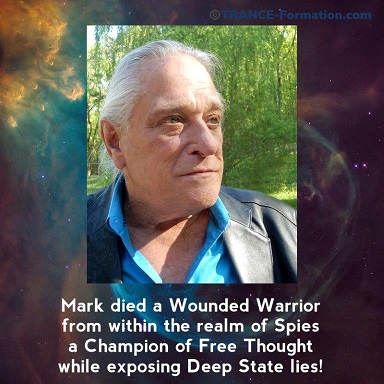 It was said Mark and I would never survive exposing the criminal roots of NAFTA. Indeed it was precarious when we were invited to speak at a law enforcement conference on the Texas/Mexican border in the early 1990’s.  There we shared what we knew from our experience inside Wash DC with local, state, and federal law enforcement officers who were deeply concerned with their inability to effectively enforce law on drug traffickers due to the National Security Act being invoked. They wanted to know why, and we had answers.

Under MK Ultra mind control during the Reagan/Bush Administration, I worked on a White House/Pentagon level robotically carrying out orders for CIA Black Budget funding operations.  This included South American CIA cocaine operations throughout the Caribbean and Mexico, which oftentimes placed me in direct contact with former Secretary of State Madelyn Albright in her then OAS (Organization of American States) office.

Like my owner in MK Ultra US Senator Robert C Byrd, Albright was close friends and mentor of Bill and Hillary Clinton.  Bill Clinton’s long established Mena, Arkansas cocaine operations were in full swing, laying the groundwork for NAFTA.  The criminal roots of NAFTA are an essential piece of the puzzle to understanding what is occurring today with regards to immigration, deportation, and the necessity for re-writing NAFTA.

Truth of NAFTA’s criminal roots have been suppressed for decades while all of u.s. have been secretly and silently sold out to globalization.  Controlled media is the voice of the global elite, and has been at least since Gerald Ford was President and Jack Valenti was Press Secretary.  With deliberate misinformation engrained for generations by controlled media and through history being rewritten in Global Ed/Common Core, unraveling NAFTA’s criminal roots is monumental.

No wonder the media cannot get their facts straight, while protestors demonstrate their ignorance!

It is time to slow down and re-evaluate our values and re-educate ourselves with reality in order to discern truth. TRANCE Formation of America, written from compiled testimony for Congress, provides detailed and documented insight into the criminal groundwork of NAFTA, which was intended to be a major step toward globalization.

NAFTA was originally designed to equalize the US economy with Mexico’s.  This was being established through free flow of drugs across our border, which in turn meant US dollars flowing into Mexico.  Then Mexican President de la Madrid, and even more so his Vice President Carlos Salinas (who later rose in N.W.O. ranks to head the World Bank) were acutely aware and complicit in these criminal dealings.

By mid 1980’s, corporations and businesses were running for the border to capitalize on the trade imbalance NAFTA would usher in.  My father had been granted lucrative military contracts for selling me into MK Ultra, which kept him connected into criminal insider information.  Subsequently, he was among the first to sell out and run for the border with his US military parts manufacturing business.

By the late ’80s, my exposure to the criminal groundwork of NAFTA on the highest levels of government prompted orders for my death as detailed in TRANCE.  Many government secrets and personal reputations were stake on the belief that I could never be deprogrammed, yet still concerns were high enough to ensure NAFTA secrets die with me.  How fortunate for u.s. all that Mark came in and rescued me from certain death as detailed in ACCESS DENIED For Reasons Of National Security.

NAFTA must be re-evaluated and re-written to put America first again.  Laws that have been overridden for years by the National Security Act must be enforced in order to stop the criminal influx rooted in NAFTA’s black budget funding mechanism of CIA cocaine ops.  Bill and Hillary Clinton’s crimes against humanity are entangled throughout, and they have much to lose with facts of their complicity coming to light.

In order to understand what is happening in our society today, truth in its entirety must be figured into the equation. Truth on mind control.  Truth on NAFTA’s criminal roots. Truth that the 1947 National Security Act has covered up for decades while criminals have been pouring over our borders in cooperation with Clinton’s black budget funding of NAFTA.

Repeal the 1947 National Security Act, re-establish rule of law, uproot the criminal groundwork of NAFTA, and LOCK HER-and Bill- UP!