Transgender or TRANCE-gender?  What are we doing to our children and human evolution?  Lets add truth and soul back into the equation!

Feminism?  What happened to the innate nurturing nature of women?  Why is it radical extremists are always being televised, giving women an embarrassingly bad name?  Where is feminine strength that comes with peaceful dignity and wisdom?  Lets add truth and soul back into the equation!

Pedophilia?  Is this really news to you?  Or are you relieved as I am that this crime against humanity is finally coming to light where it can be dealt with properly?  When you take on a cause to protest, look deeper to the root cause of your ’cause’.  More likely than not you will find pedophilia is a true root cause.

Why pedophilia?  Because it violates our core being to the extent that our brains automatically respond to the trauma even if we don’t!  Childhood sexual abuse is known to heighten suggestibility, decrease critical analysis and conscious choice, confuse gender, and perpetuate perversion.

Multi-generational incest based abuse is what made me a target for MK Ultra mind control in the late 1950s-early ’60’s.  A globalist criminal faction of the US Government that was sanctioning child trafficking/pornography granted my father immunity from prosecution for selling me into the project.   Like so many other pedophiles, from Catholic priests to world leaders, my father remains free from prosecution for so-called Reasons of National Security.

This is a National Security that is threatening the security of our nation and our world when it covers up such crimes against humanity as pedophilia and mind control!  Want a cause to uproot pedophilic causation of many of today’s disturbing issues?  Arm yourself with truth in PTSD: Time to Heal and contact your members of congress to repeal the 1947 National Security Act! 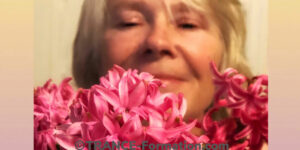 It is common sense that our physical senses of sight, hearing, smell, taste and feel are sacred. Yet we have