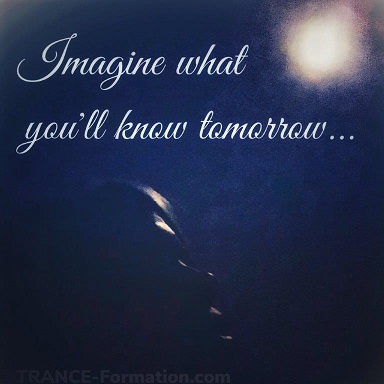 Think for a moment.  If you knew for certain that every US Constitutional and judicial law on the books was going to be effectively enforced, wouldn’t you consider this consequence before implementing any criminal actions?  Fear is stronger than torture.

I know from personal experience under traumatic MK Ultra mind control that the mind can perceive far more fear than the physical body can perceive pain.  And even fear has its limits. Understanding how our brains respond to trauma, and how this otherwise suppressed knowledge is a primary component of mind control, gives pause to reconsider what the likes of Dick Cheney told u.s. to justify his penchant for torture.

Torture is used to program a mind.  Information is programmed in with torture, not extracted.  A person will say anything perpetrators want to hear to stop torture.  That is not extracting information.  However, if it is deemed necessary to program in justification and cover-up of crime, cause of war, CIA Black Ops, etc. than torture causes input information to adhere.  That is the only reason torture is used and certainly gives pause for reconsideration of what criminal activities are being covered up through the use of the ultimate crimes against humanity- torture.

My experience in MK Ultra mind control[i] details exactly how and why torture was used to program me for the criminal covert operations I was forced to participate in on a White House/ Pentagon level.  Yes, I worked under Dick Cheney and personally know that he delights in torture and mind control as do his comrades in New World Order globalization controls.

The primary WMD of the global elite is mind control.  Mind control is a sliding scale from the kind of torturous, robotic mind control I endured to social engineering of a populace through deliberately generated fears and information control.  We all formulate our thoughts, opinions, and ultimately actions based on what we know.  And all of u.s. Need to Know our knowledge base has been deliberately altered for decades.

It is necessary to expand your thoughts beyond what you think you know to consider other perspectives.  Once more piece of the puzzle can bring a whole big picture into focus.  Mind control is that piece of the puzzle, and knowledge is our defense against it.

Begin with understanding how your brain responds to fear and trauma.  This information has been deliberately withheld from mental health and society since those who have been in control of u.s. and our information operate on the philosophy that Secret Knowledge = Power.  When fear is deliberately generated to control the population using controlled media, which is the voice of those hellbent on world domination through mind control, those who do not understand brain function will emotionally react as intended rather than logically respond with free thought.

PTSD: Time to Heal[ii] is a concise step by step easy-to-apply workbook that gives you access to understanding your brain, how to expand thought beyond fear and trauma regardless of intensity, and peacefully reclaim self control.  PTSD: Time to Heal details the healing methods Mark taught me so I could reclaim control over my own mind and life after decades of torturous MK Ultra mind control.

Now that I have healed, it easy to see how this ultimate WMD of mind control has taken a divisive and oftentimes violent toll on our society.   It is about time all of u.s. listen to truth rather than parrot what we are conditioned to say and do.  We are not their voice, yet globalists are creating an illusion that we are through their long engrained hold over society’s misinformed and ignorant perceptions.  It is all the globalists have left in the wake of their failure to place Hillary Clinton in the office of President through contrived polls and rigged elections as planned for decades.

Working in Wash DC under MK Ultra mind control gave me much exposure to the secret operations of this globalization effort that Adolph Hitler and George Bush termed the New World Order.  ‘United we stand, divided we fall’ is a powerful component of mind control.  Whether a mind is being divided by torture or a nation is being divided through socially engineered fears, the results are the same and free thought is lost.

It was my experience that there was no difference between Democrats and Republicans among those in control of my mind and our nation.  Rather the difference was between those who were for the New World Order and those who were against it.  Over decades and years of contrived polls and rigged elections, fewer and fewer were placed in Congress who opposed the globalization plan.  Equally as important to establishing control was dividing the population through fear, controlled media, and suppression of information through Federal control of our schools with Global Education/Common Core’s rewritten text books[iii].

Conditioned like our military, training is pumped into society through a lost capacity for critical analysis, compassion, creative application, or thought beyond what is programmed.  The voice of the global elite is now dividing we-the-people further through activating conditioned reactions to media generated triggers.  Those protesting the re-establishment of the rule of law and US Constitutional values only parrot globalization conditioning.  It is not who is Democrat and who is Republican that divides u.s.  Rather it is who is aware and thinking free, and who is marching to orders of a global elite hellbent on world domination through mind control.

This is proven fact that Mark Phillips and I have been whistleblowing on for over 25 years.   If this information is new to you, it is because laws governing truth under the guise of the 1947 National Security Act and Obama’s so-called Whistleblower’s Protection Act have stifled our voice as US Government Whistleblowers.  All the while, globalists broadcast their fear mongering, divisive agenda through controlled media and global ed/Common Core.

Think for a moment.  Expand your perception to consider other possibilities beyond what you think you know.  Our brains respond to fear, trauma, and torture the same way.  It renders us highly suggestible to outside input programming deliberately intended to enslave u.s. to a global domination agenda.

Re-train your brain to think free.  Reconsider if you want to be enslaved to a global agenda, or choose re-establishment of the rule of law and US Constitutional values of freedom and justice for all.  It is up to all of u.s. to freely make this choice.  It is up to those of u.s who are awake and thinking free to dispel controls imposed on the rest of the population by raising awareness on this truth that makes u.s. free!

[i] TRANCE Formation of America by Cathy O’Brien with Mark Phillips, 1995