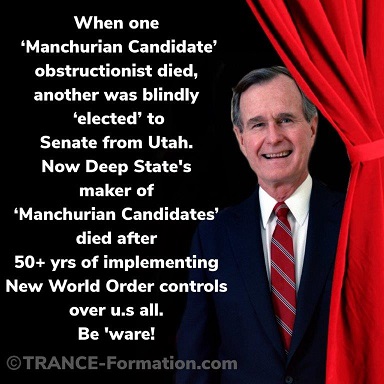 US Government sponsored and sanctioned child trafficking is what thrust me into MK Ultra mind control in the early 1960’s. It took a long time for awareness of this pervasive crime against humanity to come to light where it can be dealt with for the children’s sake and for the very sake of humanity’s evolution.

When my pedophile father was caught sending child pornography of me through the US mails, he was granted immunity from prosecution for selling me into MK Ultra mind control. He remains immune from prosecution to date under the 1947 National Security Act the same way US government officials, politicians, and global elite have for decades.

Now that every cell phone has a camera and recorder, it has become increasingly difficult for crimes to go unnoticed. Controlled media is losing its grip on the minds of the masses and suppression of truth, while the internet is abuzz with exposes. Awareness is the first step toward positive necessary change. That awareness is rising so high that the majority of u.s. are now peacefully reclaiming control over our own minds and lives while demanding that Constitutional values of Justice for All be re-instated.

My father brags how he began sexually abusing me from the moment I was born in Muskegon, Michigan in 1957. His perversions quickly expanded into child pornography and prostituting me to local law enforcement and politicians through my grandfather’s Blue Masonic Lodge. Local politician Gerald Ford, who went on to become the un-elected President of the US, was responsible for granting my father immunity from prosecution for selling me into MK Ultra.

MK Ultra mind control was already well established in the US at that time. This included sanctioning child pornography and child trafficking in order to target children like myself for MK Ultra. It was known that any child so abused would be suffering from a dissociative identity disorder whereby memory of trauma was repressed into the subconscious. The criminal globalist faction in control of the US Government believed their secrets would be safe in the mind of someone who could not think to tell.

Many government secrets and personal reputations were staked on the belief that I could not be deprogrammed to remember what I was supposed to forget. They did not consider the strength of the human spirit, nor what would happen when a good man like Mark Phillips used their ‘secret knowledge’ to free a mind rather than control one. Since the brain photographically records events surrounding trauma, I also remember conversations and plans behind the ‘seen’ of what Adolph Hitler and George Bush term New World Order as detailed in TRANCE Formation of America.

30 years of MK Ultra mind control extending to a White House/Pentagon level exposed me to numerous CIA covert operations and black budget funding mechanisms. This included expansion of child trafficking to a global level, and perversions without limit.

This corruption has run rampant for decades under cover of the National Security Act. Blackmail was standard procedure for compromising politicians and world leaders through covert filming of their illicit and illegal perversions. Our world has been shaped by pedophiles, perverts, criminals, and global elite power mongers for decades. Bringing these dark secrets into the light of conscious awareness is imperative for diffusing the powers that have been in control of u.s., our information, our government, and our children for so long. The more you know the more you see that the likes of Pizzagate are merely a peek into what Mark and I have been blowing the whistle on for over 25 years.

Open your eyes. Open your minds. Dare to Care. Peacefully reclaim control of our world, information, and lives for the sake of our children and the future of humanity.

To learn more details of my documented experiences please read TRANCE – Formation of America, and ACCESS DENIED For Reasons of National Security. Both share great detail of my life experiences and the cases that helped bring this information to light.