I am Cathy O’Brien, a 25 year veteran US Government Whistleblower on White House/Pentagon level MK Ultra mind control and healing from it. I have known the Clintons and their treasonous crimes since 1978 as detailed in my compiled testimony for the US Congressional Permanent Select Committees on Intelligence Oversight, TRANCE Formation of America.

Cox’s primary contact in Arkansas was Bill Clinton’s brother Roger, who shared in occult ritualistic murders that included 2 teen boys they tied to the railroad tracks. The boys were murdered for inadvertently stumbling onto a major CIA cocaine transfer from train to a helicopter flying it direct into Mena. My first meeting with Bill Clinton ensued, as detailed in TRANCE.

I had cause to meet numerous times with both Bill and Hillary due to their criminal involvement in the CIA covert activities I was forced to participate in during the Reagan-Bush Administration, and due to their strong ties to their mentor and my owner Sen. Byrd. Arm your self with the facts!

Drain the Swamp! Stop New World Order globalization that is rooted in the darkest of crimes against humanity and ushered in through the ultimate WMD- mind control. Lock her up! 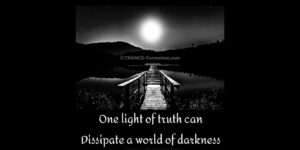 One Light of Truth

Positive change seems as slow to emerge as the awareness of truth that inspires it. Negative change appears to happen