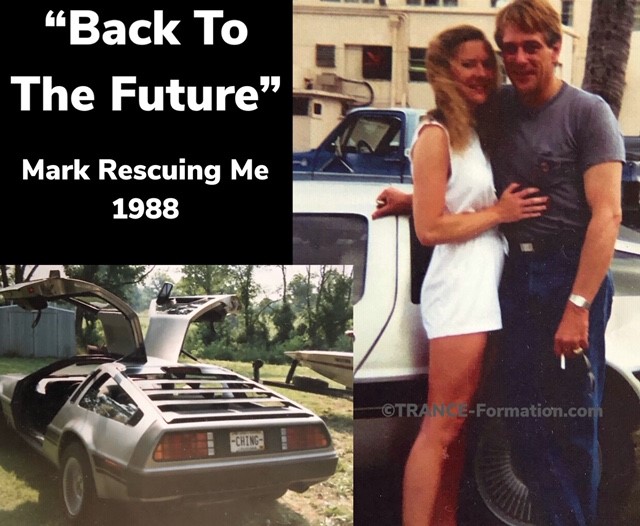 This statement is so profoundly true that Deep State/New World Order globalists attempted to control our future by strategically rewriting history in our education system, tearing down our sacred monuments, and manipulating our knowledge base through controlled media’s fake news.

We-the-People are on to them. Deep State power mongers can no longer treat u.s. like mushrooms, keeping us in the dark while feeding us manure. We have seen the light of truth, and it has freed us from their dismal swamp.

Considering hindsight is 2020, we are now empowered to move forward with that same clarity of vision and purpose that we asserted in 2016. The price of freedom is eternal vigilance, and we must stay vigilant to maintain sanctity of our free thought, progress we’ve made in our communities and nation, and integrity of our votes.

Mark and I often pondered how decades of corruption that began with the Kennedy Assassination could ever be uprooted. The whole swamp would have to drain in order to expose what Danny Casolaro had termed the Octopus, whose tentacles and roots had permeated all aspects of society. Draining the swamp would require action on all levels from local to federal, in order to effectively reinstate justice and secure integrity of truth that makes u.s. free.

Speaking publicly on a global scale, Mark and I had cause to see people all over the world were waking up en masse to reinstate their sovereignty. Media failed then, as now, to give voice to the vast majority of people who were awake, aware, and taking a stand against the globalist agenda of mass mind control, drug and human trafficking, and imposed violence.

As awareness reached critical mass, New World Order plans began to fall apart. When V.P. Bush imposed the New World Order agenda on u.s. in the wake of the assassination attempt on Reagan, it had been established that “when the American people become disillusioned with Republicans leading them into the New World Order that Bill Clinton as a Democrat would be put into office.” Not “elected”… “put into office.” In keeping with Bush/Clinton dynasties, Bush Jr. was groomed through trauma base MK Ultra mind control to further the agenda until Hillary was put in office of President. Blinded by their own arrogance and underestimating the resilient strength of the human spirit, globalists were taken by surprise as people began waking up from the imposed New World Order nightmare. The globalist plan was quickly improvised, and Obama was put into place as an illusion of change while those in control behind the ‘seen’ sunk their roots deeper in order to withstand the approaching Storm.

Too late! After all those years of implementing the New World Order mass mind control agenda through traumas of pedophilia, human trafficking, and violence, Hillary was defeated by a mass movement of people determined to peacefully take back their minds, lives, and country.

Pro-America political rallies spontaneously morphed into events akin to Woodstock where people freely unite to share a common goal of individual and national sovereignty. We-the-People are no longer dominated by political NLP rhetoric designed to lull us into compliance with contrived polls and rigged elections. We have been empowered!

Now, while media focuses their cameras on a few remaining extremists in their last ditch effort to divide us with lies, we stand united in light of truth. We-the-People know our sacred Constitutional history. We know where we’ve been and where we are going again in 2020. Secure your vote: We-the-People for President!