You are here: Home / Child Trafficking / For Reasons of National Security 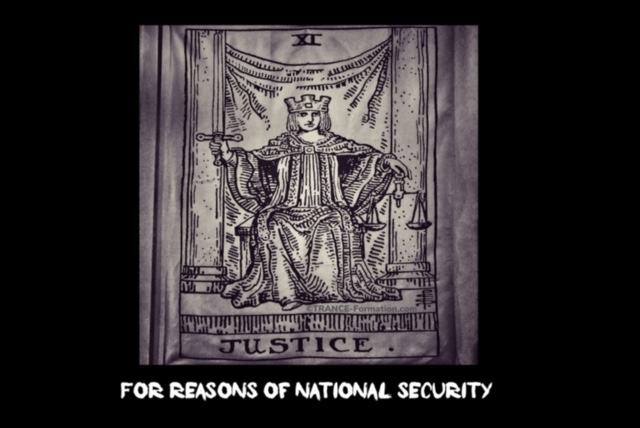 Under MK Ultra mind control, my daughter, Kelly, and I were forced against our will to work Deep State black budget funding mechanisms of drug and human trafficking. My testimony detailing what I witnessed and experienced on a White House/Pentagon level has been censored from US Congress and from our Justice system for so-called Reasons of National Security.

I first learned of National Security being invoked on our case in 1989 when a Violent Crimes Claims Commissioner reported being hindered in his efforts to obtain help for my 8 year old daughter, Kelly. Kelly had identified our owner in MK Ultra, US Senator Robert C. Byrd, to her psychiatrist. Apparently Kelly’s testimony inspired Byrd and fellow perpeTraitor, then US Attorney General Dick Thornburgh, to invoke National Security to cover up their complicity. Subsequently, and without due process, Kelly was taken into custody of the State of Tennessee where she remained a political prisoner for the next 10 years. To date, Kelly has never received help or compensation for injustices she endured, first as a trafficked victim of MK Ultra mind control, and then as a victim of a criminal justice system. Nor have I.

On March 17, 1993, National Security was invoked in open court as Mark and I relentlessly pursued Kelly’s freedom. When Assistant District Attorney Scott Rosenburgh cited laws being violated to Circuit Court Judge Andrew Shookhoff, he replied, “Laws do not apply in this case for Reasons of National Security.”

Judge Shookhoff was not among the vast growing numbers of Judges across the nation being deliberately placed by the Deep State to ensure trafficked children were taken from protective parents and returned to their MK Ultra mind control handlers. This placement of criminal judges was so pervasive that underground “railroads” of safe houses were opening all across the nation for traumatized parents and their children who were escaping criminal injustice. Our courts still openly protect pedophiles, human traffickers, and even black budget drug ops across our border for so-called “Reasons of National Security.”

Because of Judge Shookhoff’s violation of National Security by invoking it in open court, all records were sealed while Kelly became a Victim of the System. While National Security prevented us from obtaining Justice or help for my daughter, it did ensure that I could speak out publicly on proven facts of our case. Mark and I walked a fine legal line as US Government Whistleblowers from that time on, asserting only hard core facts. There was no room for error, which focused my PTSDed mind into conscious awareness in order to withstand grueling interrogation tactics imposed on me by attorneys and the FBI.

When Kelly reported to her therapists details on drug ops across our borders and her personal experience with Clintons, court order forbid us from seeing each other while Kelly endured horrific abuses resulting in physical brain damage that prevented her from remembering/reporting any further abuse… all for so-called Reasons of National Security.

Enraged, Mark and I embarked on speaking circuits, reaching out to all who cared to hear – and those numbers were vast due to the rapidly increasing numbers of families being torn apart by court sanctioned pedophilia and human trafficking from the highest levels of government corruption.

In addition to National Security being invoked to cover up crime, victims’ testimonies are often twisted and discredited by attorneys skilled in NLP.  To compound the felony even further, Deep State controlled media now makes up stories threatening our nation’s security that can affect international policy as well as our own perceptions of how far we’ve come in reclaiming our country and court systems!  Worse, people masquerading as victims/whistleblowers are being bought, sold, and publicized by the Deep State to strategically divert from their crimes.  In the mean time while our Justice system is deliberately being swamped by lies, true victim/survivor testimonies are still being suppressed and diluted while their families are being torn apart.

We-the-People are awake, aware, and are now effectively taking back our minds, lives, communities, and country.  We are vigilantly securing our votes the way we did in 2016, and are actively electing local judges, sheriffs, District Attorneys, and State Attorney Generals who represent our Constitutional values of freedom and Justice For All.  Additionally, as of September 19, 2019, the US Senate approved 152 Article III federal Judges appointed by our President. Our Justice system is beginning to clean up, yet obviously there is still much work to be done when Deep State politicians openly violate National Security with no Judicial repercussion. While we are actively reclaiming Our justice system, we must also take back our National Security Act in order it be used to secure our nation rather than allow for a Deep State criminal few to continue using it to cover up their crimes against us, our children, and our nation as a whole.  It is up to those of u.s. who can think beyond controlled media spin to ensure Justice is reinstated, abused children are no longer returned to abusers, and true victims’ desperate pleas are heard in order that human trafficking is stopped all together for Reasons of National Security!