You are here: Home / Child Trafficking / Epstein Island and the Deep State Roots of Human Trafficking 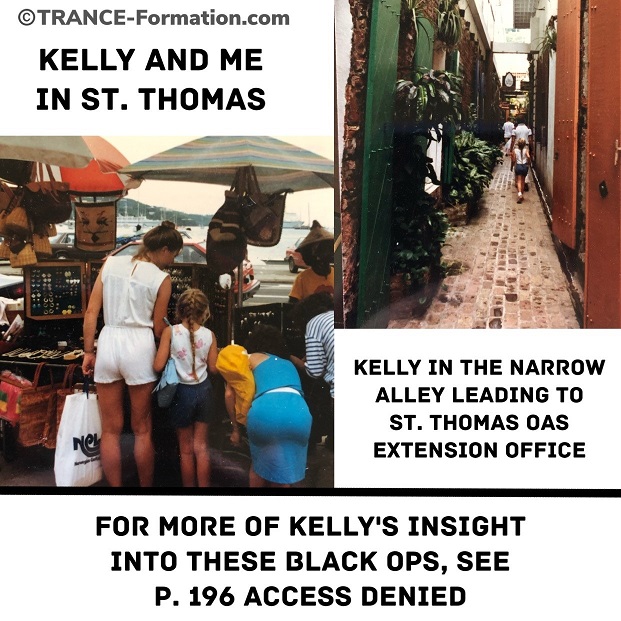 Look deep into the see of corruption surrounding Epstein Island to find it mirrors the same Deep State swamp creature agenda I’ve blown the whistle on for decades.  Drain the swamp and see that its roots lead right back to Truth documented in TRANCE Formation of America since 1995.

We-the-people must fully uproot this “New World Order” silent coup and stay vigilant, or it will pop up again somewhere else like whack-a-mole.  Typically in the past, when the light of truth reveals crimes of Deep State/Shadow Government perpeTraitors, one of their own is publicly sacrificed while the rest find a new hidden playground where plans are made. Bohemian Grove is a prime example of such a playground, as is Swiss Villa Ampitheater.

Bill Clinton’s former Secretary of State and Hillary’s mentor Madelyn Albright established human trafficking operations from within her Wash DC Organization of American States (OAS) office during the 1980’s.  Albright’s secondary OAS office, strategically located in the heart of St. Thomas, US Virgin Islands, became a hub for Clinton cocaine/MK Ultra human trafficking ops.  NCL cruise lines, a now identified facilitator for CIA black ops, often transported my daughter, me, and illicit drugs to centralized locations and private islands throughout the Caribbean. From there, drugs were easily brought into the US across criminally established US/Mexican border drug routes.

NCL manifests reveal that then US Attorney General Dick Thornburgh accompanied me on one such cruise. Thornburgh assured that human trafficking and drug ops were covered up and never prosecuted.  Justice was bought and sold, strategically sinking roots of corruption throughout the system and across our nation.

Now, for the first time in my life, our brave US border agents are finally being supported by increasingly aware citizens and factions of our Justice system.  As the Epstein case unfolds, we-the-people must look beyond controlled media’s spin to assure all roots are pulled and fully exposed.   Effects of mind control must be weaved into the legal equation to ensure testimonies are truthfully told and heard, and the extent of abuses understood.

For over 30 years I’ve been blowing the whistle on perpeTraitors tied to Epstein, human and drug trafficking, MK Ultra mind control, and the subversive Deep State agenda.  Every time public cases like Epstein’s have intertwined with details documented in TRANCE and/or ACCESS DENIED, I’ve been hopeful that my testimony would finally come to light. Until it does, and media is returned to the voice of the people, it is up to each and every one of us to spread the word, arm each other with truth, and keep raising awareness. Awareness is the first step toward positive necessary change.  It is imperative that we pay attention to our own communities, education systems, law enforcement, and local and state elections.  Know your Sheriff, Mayor, Judges, District Attorneys, Attorney Generals, and politicians.  It may be your life or your child’s life on the line next time, and voting for President alone is not enough to clean up the whole system. We have been empowered.  Now let’s empower those seeking to drain the swamp- private islands, roots and all.  No more obstruction.   Drain the Swamp!