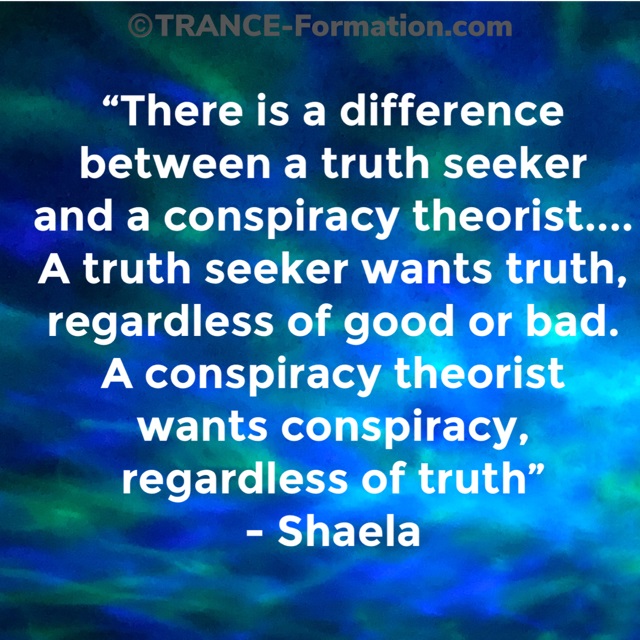 Dick Cheney was a dreadful person.  Yet under MK Ultra mind control I had no capacity to think to dread.

Systematic torture and subsequent mind control programming resulted in compartmentalized memory with no continuity of thought.  With no continuity of thought, there is no concept of time and therefore no conscious memory database from which to draw forethought… or dread.  With no concept of time, there is no capacity to determine distance whereby geography becomes limited to the moment’s focus, as does endurance. Other components of MK Ultra mind control include an inability to reason, question, consciously comprehend, or creatively apply knowledge.

Superstition begins where knowledge ends, which is why MK Ultra mind control triggers are often rooted in fantasy themes like Disney, Wizard of Oz, Alice in Wonderland, aliens and demons.  Victims of mind control often appear air-headed, spewing their programmed superstitions rather than logically conversing.  This often discredits them and alienates them from anyone looking too closely to see what is really going on behind their unblinking wide eyes.

My MK Ultra controllers often assured me that they were untouchable due to strategic suppression of truth while fueling humanity’s fears and superstitions.  By masquerading as lizards (Bush, Sr.) or demons (Michael Aquino) for mind control conditioning, perpeTraitors accomplished both the goal of forming misperceptions in their victim’s mind as well as perpetuating it in the public eye.

Since Mark taught me to deprogram the program first as I reclaimed control over my own mind and life, I was able to see beyond mind control illusions to reality.  Only truth heals, and I learned my own truth through methods detailed in PTSD: Time to Heal.  Once I knew my own truth, it became easier to discern truth outside myself and see through lies that are still being perpetuated on our society today.  It amazes me how many people fearfully cling to the concept of lizards ruling our world and thus feel immobilized from taking action.  In reality, it is within us all to gather our strength of spirit and reclaim control of our minds and lives in light of truth.

Fear and trauma are considered the strongest basis for mind control, and lizards/reptiles are an autogenic fear mechanism of Biblical proportions within our brains that began with the proverbial serpent!  And because demons have historically been blamed for unexplained negatives since the beginning of time, this theme, too, inspires fear and helplessness. Regardless of what we are led to fearfully believe, truth frees us from fear and empowers us to take action against those fighting to maintain control.  These perpeTraitors, while morally different from us, are abSOULutely within our realm to affect!

Look behind the wizard’s curtain to see who is pulling strings and creating illusions of fear.  Once we see beyond the illusions, we have a whole new world of possibilities to explore!  Because my brain photographically recorded events surrounding trauma, I overheard extremely interesting conversations among those in government who had access to secret knowledge.  Are extraterrestrials multidimensional or simply us in the future?  Is strength of spirit the ultimate power humanity possesses?

Today’s war on truth waged against humanity is ultimately a war on spirit. Truth frees us from fear, and thus from control.  Truth dispels superstitious helplessness while empowering inherent freedom to live life’s purpose true-to-soul with strength of spirit.  Gather your strength of spirit and reclaim Truth that makes us free… while you can still think to do so!

Previous Post: « ODE TO MARK ~ BY CATHY O’BRIEN 1989
Next Post: Epstein Island and the Deep State Roots of Human Trafficking »