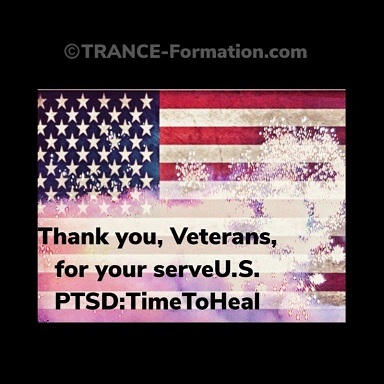 Reagan is iconic, and I am often questioned about my experiences with him that are detailed in TRANCE Formation of America and ACCESS DENIED For Reasons Of National Security.

Reagan was not like other perpetraitors I was exposed to during my tenure under MK Ultra mind control on a White House/ Pentagon level, which raises my own questions.  How would our country be different today had Reagan actually been in control of his Administration rather than George Bush, Sr.?

Then Vice President Bush Sr. took full control of our country after the 1981 assassination attempt on Reagan and never let go.   His behind-the-seen controls over u.s. had gained powerful momentum in the wake of the Kennedy Assassination, and more so when un-elected President Gerald Ford appointed him CIA Director and Dick Cheney Secretary of State. Bush and Cheney share the same globalist agenda (previously termed New World Order) and are master mind manipulators with full understanding and application of trauma based MK Ultra mind control. The assassination attempt on Reagan had rendered him traumatized and the ideal target for Bush/Cheney controls.

Likewise our nation was traumatized, and thus easily led into compliance with mass mind control’s social engineering as the Deep State Shadow Government globalists entrenched themselves deeper into our society.

Understanding how our brains respond to trauma provides insight into mind control’s sliding scale, from robotic mind control like I endured to the sort of mass mind control we see activated into violence on society today.  Conditioned for generations to accept and enforce global takeover of our nation, we-the-people need to wake up and  figure mind control into the equation to fully understand what is happening today.  Awareness is the first step toward effectively reclaiming our country.

If Reagan had had the capacity to believe in u.s. the way we believed in him, he may have re-evaluated his statement that “the only way to world peace is through mind control of the masses”. Oftentimes when one more piece of truth is added to life’s puzzle, the whole picture, and thus perception, changes.  Without free thought there is no free will soul expression, and thus no inner peace.  Inner peace creates global peace.  If Reagan had experienced this insight, perhaps he would simply have relied on his Star Wars strategic defense system to maintain the world peace he sought.

How would life be different today had Reagan’s free thought/leadership not been usurped by Bush and his Shadow Government globalist agenda?  My life’s experience in MK Ultra mind control on a White House/Pentagon level gave me deep insight into roots of Shadow Government takeover of our nation through Bush/Cheney manipulation of Reagan.

My experience with Reagan was not my free choice and was perverse by any standard. Nevertheless, Reagan and I shared a subconscious recognition of each other’s plight.  Reagan never personally hurt me, and his declaration of ‘my death sentence’ for my exposure to criminal roots of NAFTA was driven by Bush/Cheney globalist agenda black ops.

If Reagan had been in control of his Administration, would the Shadow Government/globalist agenda still have had the latitude to sink their roots throughout our society?  If history had not been rewritten for Global Education/Common Core in order to condition the minds of the children for the upheaval we are seeing in society today, would our historical monuments then be preserved?   How would our country be different today if Reagan had the luxury of fully reclaimed free thought?  Would he then, like me, raise awareness to vigilantly protect, cherish, and empower free thought?   Would information on mind control and the effects of trauma on the human mind then be declassified?  Would media inform and empower us rather than be thoroughly controlled by globalists as a means of controlling u.s.?

The majority of u.s. woke up this past election to freely elect our President despite generations of controlled media, contrived polls, and rigged elections.  We are now empowered to take back our nation.  Weaving awareness of mind control into the equation will enable us to effectively uproot generations of entrenched socially engineered manipulations.

Arm yourself with knowledge on how our brains respond to trauma in order to stop history from repeating itself with another national assassination trauma.  PTSD: Time to Heal can help prevent and heal trauma, as well as safeguard free thought.

Reagan said it best:  “A people free to choose will always choose peace.”