You are here: Home / Important Updates / Triggered: NLP An Inside Perspective 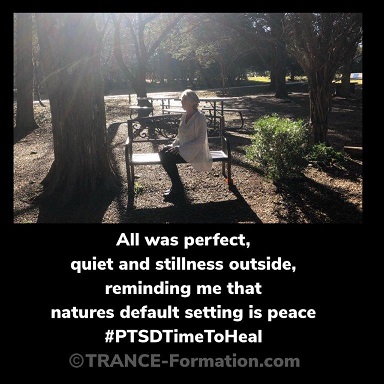 NLP (Neuro Linguistic Programming) is the language of our subconscious and is a primary component of mind control and Psychological Warfare.  Psych Warfare is viciously being waged against u.s. all by those Shadow Government globalists who lost control this past election.   Our best defense against Psych Warfare is knowledge, and understanding NLP is key.

NLP is what drives our thoughts, and is the true intent behind our words.  Once aware of NLP, it is easy to discern lies and hear truth.

Politicians and attorneys are among those most highly skilled in NLP, using it to their advantage and victories through forming perceptions and manipulating minds.  The best attorney is not the one who knows which laws to apply, but rather the one who knows best how to manipulate perception of law using NLP.  Jurors are the ultimate targets of attorneys, rendering decisions based on what their subconscious has been manipulated to perceive.

The subconscious has no ability to question, reason, consciously comprehend, or logically interpret information.  If that subconscious driver of thoughts is manipulated and altered from innate knowledge, than thoughts, perceptions and ultimately actions are, too.  This can inspire impulse actions contrary to what you would normally do.

How did the conscious mind allow for the hypnotist to gain access to the vulnerable subconscious?  Through focus.  Diverting attention.  Much like our attention is diverted today by controlled media using NLP to its full advantage.

Advertisers are acutely aware of NLP and use it to compel you to purchase their product.  It is the reason behind why you choose to try, for example, a pharmaceutical you saw advertised despite the extensive adverse effects listed by law.  NLP is used to sell the product, yet is omitted when rapidly reciting the ‘small print’ that our naturally lazy brains do not focus on anyway due to the extra strain required to hear/read it. NLP in ads can reach deep enough into the subconscious to even create pseudo-symptoms, particularly as pertains to allergies, asthma, depression, and joint ache.  Being aware that NLP is being used can ultimately increase your health as you consciously counter adverse effects.  As always with mind control, psych warfare, and NLP, knowledge is our best defense against it and awareness is key to countering it.

Military ads are among the most sophisticated in NLP which is further driven into the subconscious with harmonics, flashing lights, and  familiarity with video games that deliberately condition the population to war, violence, and/or responding to military recruitment.  Military ads also appeal to our inner desire to make a positive difference for the betterment of our world, regardless of whether or not that is what war produces.

People are easily led by fear, which is why this is a common basis for mind control of an individual or of society.  I often use the example of 911 to illustrate how our brains respond to trauma.  Most people remember photographically where they were and what they were doing when they learned of this violent attack on u.s. all.  Military ads immediately thereafter capitalized on the traumatized brain’s response of heightened suggestibility, recruiting an unprecedented number of people with NLP.  Most of u.s. patriotically bought and waved flags as instructed following the 911 trauma.

Religious cults, too, capitalize on the traumatized.  As quickly as my father agreed to sell me into MK Ultra mind control, he was flown to Boston to learn NLP as necessary for handling me.  The Catholic Church was active in mind control of the masses, and Boston’s Cardinal Law of the now infamous Catholic child abuse scandal was pivotal in teaching NLP.  Catholics had long since learned the effects of trauma on the human mind through the Spanish Inquisition and Crusades, understanding that when the conscious mind takes flight due to fear, the subconscious is wide open to be led.  NLP is the language of the subconscious, and is often used to recruit followers into a cult/church.

Humor is another common tool for utilizing NLP.  People naturally laugh at truth.  When people laugh, conscious defenses drop leaving the subconscious open to effects of NLP.   Prominent comedians skilled in NLP use it both to make people laugh at their subconscious truth, as well as to instill/program their own message.  Add violence to the mix and there is little difference between comedy, hypnosis and terrorism.

My MK Ultra mind control handler in the 1980’s, Alex Houston, was a ventriloquist comedian and stage hypnotist highly skilled in NLP.  His most common theme for a “joke” was pedophilic in his demented attempt to promote/program acceptance of this perversion that was being deliberately unleashed on society.  Indeed pedophilia became rampant during the years he performed his part in introducing this crime against humanity through manipulating the minds of his audiences.  Raping children is not funny, yet he inspired people to laugh at it using NLP.  Alex Houston was about as “funny” as holding up a severed head, and is just as criminal in what he accomplished at the expense of u.s. all.

NLP is used by many politicians to campaign and sell their agendas.  For decades, we-the-people bought into controlled media, contrived polls and rigged elections due to extensive use of NLP. During 2016 Presidential elections, the majority of u.s. stood against NLP manipulation and safe guarded our votes to elect a straight talking President.  Trump talks like we do, unlike that old school “nasty woman” running against him who overused NLP to the point where it was a struggle to decipher her issues.

Among the many political perpe-traitors to whom I was exposed under MK Ultra mind control skilled in NLP, US Senator Robert C. Byrd was a master.  He even used it against his fellow Congressmen during his long winded filibusters (boredom also bypasses the conscious mind) as well as to create illusions of national accomplishments that actually funded his globalist agenda. Byrd could quote the Constitution like satanists quote the Bible, using NLP to sway perception to his personal agenda much like an attorney does a jury.  It is easy to see why so many attorneys become politicians.

Byrd often said in reference to selling out our country to global controls that “the only we can fail is to fail to think of an excuse”.  Like the CIA is trained, the best lies are rooted in truth.  While we-the-people passionately sought resolution to issues, Byrd would capitalize on our focus and create the illusion of a Bill to address them while the Bill’s NLP allowed for misinterpretation to further his globalist agenda.  For example, Byrd appeared heroic with his Clean Air and Water Act which only lined his pockets in payoffs from his corporate buddies.  Byrd publicly claimed to represent our freedoms, while using NLP to trigger pre-set socially engineered compliance with his globalist agenda.  Byrd would voice public opposition to pedophilia pointing his bony finger at others, while ensuring laws would protect him from ever being prosecuted for his own pedophilic brutality.  Byrd’s NLP ability to divert focus from his crimes against humanity by accusing someone else is exemplary of how our country became swamped with an unConstitutional globalist agenda for decades while we ignorantly bought into patriotic illusions.

Having personally been exposed to both Bill and Hillary Clinton in the course of my MK Ultra victimization, I have eyes-to-see and ears-to-hear behind their illusions.  While Hillary claims to represent women and children, my 1995 documented Congressional testimony censored from Congress for so-called “Reasons of National Security” proves her and Bill to be involved in global human trafficking of women and children as a Black Budget funding mechanism.  While they claim the Clinton Foundation was to benefit others including Haitians, I know first hand of their involvement in charities as a cover for criminal covert operations including CIA cocaine ops to fund a globalist agenda.  Clintons now accuse others of rigging elections, despite the fact that Mark and I have spoken out on contrived polls and rigged elections for 25 years in an effort to stop the globalist plan to place her in office this election.

Apparently this truth has been heard and amplified person to person and through the internet as evidenced by Hillary’s defeat.  The whole entrenched globalist agenda lost control, and are now using every weapon in their mind control arsenal against u.s. all as the swamp drains.  Arm your self with facts on what they know regarding mind control, Psych Warfare, and NLP.  Learn NLP to consciously hear what is being said to your subconscious behind the words.  Understanding NLP is empowering.

After learning NLP, my father became a multi-millionaire on a 6th grade education.  Take it from my father’s example that it does not require vast intellect to learn NLP!  NLP launched him from worm digger to a lucrative military contractor within a couple weeks.

My daughter Kelly wrote a brilliant article on subliminals and the language of the subconscious when she was 10 years old in an effort to educate her therapists on NLP titled “What You Don’t Know IS Hurting You”.

We-the-People Need-to-Know that our knowledge base and lives have been altered through NLP. The more you know the more you see that we have been empowered this past election to consciously reclaim our free thought and our country. Arm yourself with truth that makes u.s. free and Learn NLP!