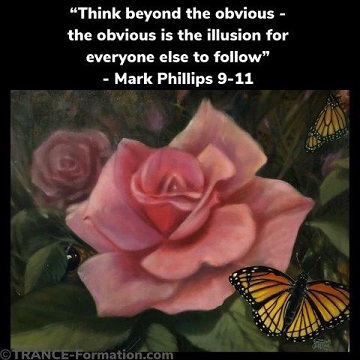 Psychological Warfare is being waged against u.s. all in an effort to divide and conquer our nation in keeping with an entrenched Shadow Government/globalist agenda.  Controls that were lost this past election forced these criminals to step up their game and use every weapon in their arsenal.

Taking aim at our nation’s elected leader ultimately makes u.s. all targets, children included. Psych Warfare, a component of mind control, renders us easily led through our brain’s natural reaction to chaos, trauma and fear.  Our best defense against it is awareness, which is why controlled media suppresses, fakes, and diverts truth.

It is also why invoking the 1947 National Security Act bound Mark and I with laws that inhibited our efforts to bring truth to light.   For 25 years we have walked a fine legal line in order to keep speaking out against this Shadow Government global agenda, identifying perpe-traitors, and providing insight into mind control and healing from it.  With media controlled, we only have had a little whistle to blow when we should have been given amplified voice with which to raise awareness.  Perhaps that is why we are referred to as US Government “Whistleblowers”.  Now all of u.s. are out of time as violence and Psych Warfare escalate unless we arm each other immediately with truth that makes u.s. free.  Take time now to amplify our voice!

TRANCE Formation of America, compiled from otherwise-censored testimony for US Congress, details Shadow Government’s far reaching tentacles of infiltration into our government and lives.  What we are seeing in society today is resultant from decades of a 100 year “New World Order” plan encroaching on our lives while we looked the other way as directed.  History has been rewritten, historical monuments destroyed, and our children taught what to think rather than how to think through Global Education/Common Core.  Our media has been controlled, polls contrived, and elections rigged for decades while this Shadow Government took over our nation- until this past election.

In all the elaborate planning, it was never considered that truth would survive to be spread person to person and through the internet to derail their crimes against humanity.  These perpe-traitors never considered the strength of the human spirit and power of truth, which is their ultimate downfall.

In a last ditch effort to keep from getting sucked down the swamp drain, every weapon in their arsenal is now being deployed against u.s. Efforts of we-the-people to unify compound under Psych Warfare’s deliberate divisive illusion of a nation gone mad.

Judges who have no access to Classified information and are ignorant to facts necessary to decision making assert their ineptness and ultimately perpetuate Psych Warfare, intentional or not.  Students conditioned through global education/Common Core take to the streets marching to New World Orders with no capacity to think beyond their program.  Controlled media triggers violence and gives voice to “entertainers” who parrot the globalist agenda as paid.  Voice is also given to defeated global leaders who, like Hillary, lost their grip as the world wakes up to truth.

After all, globalization is global and is not all about u.s.  It is up to all of u.s., however, to peacefully pave the path to free thought in light of truth.

Without free thought, free speech is useless.  Those of u.s. who still think free have been empowered this past election to reclaim our voice and reinstate our Constitutional values of freedom and justice for all.  In retaliation, Psych Warfare is deliberately blurring lines of perception and interpretation, causing chaos and confusion while redefining what free speech “is”.

Of course, Bill “Slick Willie” Clinton already redefined “is” and “sex” for us during his tenure as President/Shadow Government.  Have you ever considered why Bush-Clinton dynasties reigned right up until Hillary’s defeat?  TRANCE details the plan in place for Hillary to have ushered in the final takeover of our nation and our minds for the global domination plan that began where Adolf Hitler left off.  No wonder they are panicked and fighting with every weapon they have left!

My personal experience under MK Ultra mind control on a White House/Pentagon level provided insight into the Shadow Government/ globalist arsenal.  Lt. Col. Michael Aquino of the Psychological Warfare Division was my primary mind control programmer. Like my owner in MK Ultra US Senator Robert C. Byrd, Aquino revealed secrets he thought I could never think to bring to mind.  Again, these perpe-traitors never thought to consider the strength of the human spirit and power of truth.

Psych Warfare is both a product and byproduct of war, which is against innate human nature. Our brave men and women in the military often return home PTSDed from exposure to the horrors of war and Psych Warfare reverberations. Psych Warfare’s arsenal includes:

·       social engineering through controlled media and manipulation of education

·       destruction of our Constitution

·       and a complex orchestration of leaking secrets and suppressing truth in order to create chaos and division, waging war on u.s all.

It is time we reclaim our free thought and learn to discern truth again as PTSD: Time to Heal reveals.  Truth frees and unites our minds and our country. United we stand to reclaim our lives, protect our children, reinstate justice, defend our Constitutional sovereignty and freedoms, and ultimately reclaim our inner peace.  Inner peace creates global peace, and that kind of global unity is innate to our human nature.   Spread the word on truth that makes u.s. free!